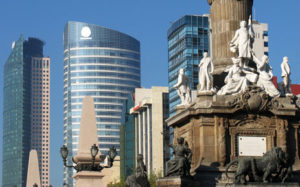 The Mexican Business Association of Canada (MBAC) was initially created to support the interests of the growing Mexican entrepreneurs residing and conducting business in Canada. Soon enough, the MBAC started to attract people of all ethnic backgrounds, not only Mexicans, who all share the commonality of having business opportunities in Mexican markets or with Mexican partners. All members of the association enjoy receiving support and advice both at corporate and personal levels.

The Mexican community in Canada is growing fast, and the resulting business ventures are becoming stronger and increasing their probabilities of success. Much of this success is reinforced by our Association, which promotes the integration and development of Mexican businesses in Canada and Canadian ties to the Mexican markets.

The MBAC was incorporated in the province of British Columbia on October 17, 1995, as a non-profit organization, and has been recognized by the Federal and Provincial Governments, both of Canada and Mexico. The MCBA in British Columbia is governed by a Board of Directors, elected by the members annually. The Board establishes policies and organizes activities while coordinating and directing the Association’s committees.

The Mexican Business Association of Canada is a not-for-profit organization that facilitates business and trade, enhancing strategic alliances, joint venture, and partnerships between Canada and Mexico.